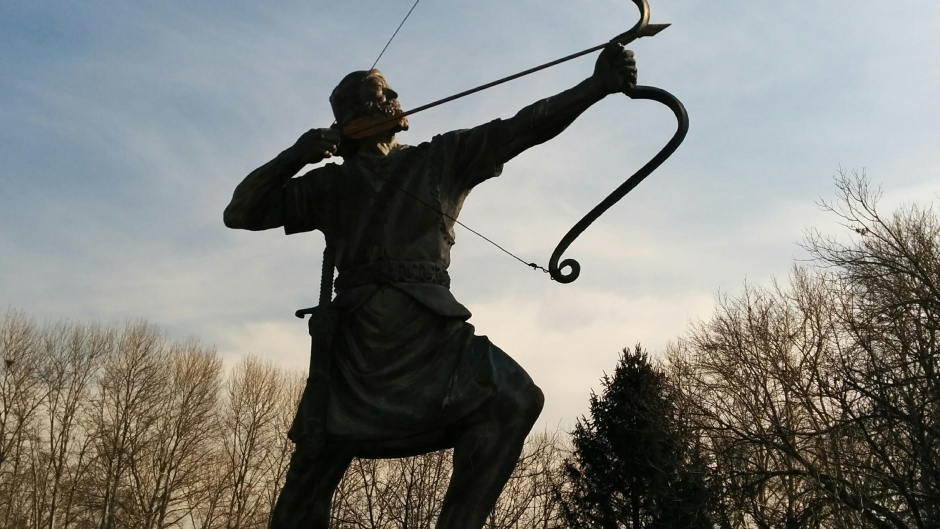 Legend of the Arrow

[A story based on mostly myths and a few facts]

A freezing cold night created the perfect setting in a blacksmith's workshop. Plain steel hammered, shaped and tempered into Odysseus’ arrow —an ordinary weapon destined for something more than the simple metal it was crafted from.

20 years later and numerous bloody conflicts, including the battle of Troy, Odysseus found himself back in his hometown, Ithaca. This time, not for war, but to win back his wife and first love, Penelope.

Muscles flexed and eyes fixed, he drew back his bow, exhaling one last time before shooting this very humble arrow through 12 rings. Success!

A legend was made. Not because Odysseus won his love back or because he lead a Trojan horse through Troy's gates, but because his arrow inspired a 1000  others to be simply great!

Emil Reich was so fascinated by this legendary arrow that it lead him to pioneer army movements and migrations by incorporating them into his maps.

Christopher Columbus voyaged the seas with a compass directing arrow.

Carl Sagan gave the Pioneer a voice using arrows in the drawings that accompanied it — just for in case aliens would discover the ship.

Ivan Sutherland, more recently, introduced the world to Graphical User Interfaces, forever guiding our fingers with a myriad of pointing arrows on an adventure through an ocean of content.

And so, the arrow became more than just a symbol of direction, adventure and action. It became a legend — the most universally understood symbol.